#PrayforParis took the interwebs by storm shortly after the horrific attacks of terrorism tore the capital of France to pieces. It seemed as though every ethnicity, every creed, every nationality, was stepping up and banding together, in support of Paris. 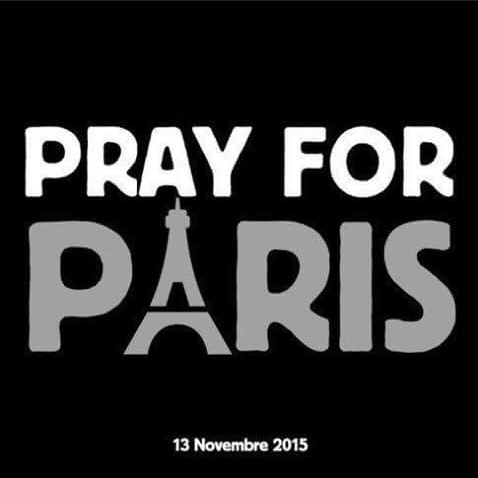 Throughout the following hours of sheer terror, a nation of believers, a group of individuals, a body of people known as Christians, were making sure that those affected by the attacks in Paris knew that they are not alone. We are thinking of you, we are standing with you, we support you, and we are doing what we know best to do- we are PRAYING for you.

But it wasn’t until #DontPrayforParis surfaced, that people began to realize that this band of individuals known as Christians are coming under attack more often in our own nations, than with extremist groups like ISIS.

#DontPrayforParis has spread its anti-religious wings and we are now being told not to bring our religion to battle. We are being told not to war with the enemy in prayer, and most certainly do not pronounce that you’re praying for those in need.

Some are proclaiming that it’s offensive to pray for those affected when it was the prayers and beliefs of others that caused the mass terror.

The difference is, they weren’t praying for you. They were praying to a “god” whom makes mass killings and tortures enticing. A “god” that rewards bad behavior with immoral “blessings”. But, I serve THE God who is kind and merciful, whose gifts are precious and valuable.

They are proclaiming hatred for anyone who isn’t like them, but I serve in a Christ-like compassion. They are relying on a belief that denies love and promotes self, but I rely on the love of The Father to help me to be selfless. They are praying for the destruction of all but their own, while I stand with you, praying against it.

Through great disaster, all races and ethnicity’s, all colors and creeds and nations and borders, come together forming a people united by one thing- prayer. Still yet, Christians, spiritual warriors, are being told not to use the very weapon that they know best, prayer.

ISIS, a horrid bunch of immoral beings, who exist only to take power into their own hands and persecute as many Christians, or just people in general, as they possibly can. Those who believe that they serve some sort of being who teaches that unjust bloodshed is the answer. A people who would rather serve self, instead of serving others. It seems to be their number one delight, to put to death those who stand for any sort of ethical standards, or Biblical beliefs.

And then here, in the lands of a free civilization, Christians are being asked to put their spiritual lives to death by our own neighbors. We’re asked to remain silent, yet still found guilty if we stand back and do nothing. Public prayers are considered nuisances, noses are turned up at our silent prayers of thanks, our beliefs, our values, our morals are bashed and we are considered to be bigots for our personal beliefs.

I am saying that I’ll #PrayfortheWorld.