I was warned. I was a horrible, lazy mother whose philosophy of education was going to doom my undisciplined, uneducated children to failure in life.

I’ll admit, 13 years ago when I embraced this philosophy of education that was going to doom my children, I did wonder if I was lazy. I wasn’t slaving away over lesson plans and tests.

I wasn’t fighting with my kids to get them to do their schoolwork for their own good anymore. It was easy. And so darn much fun. It brought joy back into my homeschool.

How To Unschool: The Beginning

In the beginning, I never worried about my kids developing discipline or not being educated. I did, however, wonder how they were going to learn what they needed to learn.

I put all of my faith in everything I was hearing from veteran unschoolers and everything I already knew about how, why, and when people learn things that I wouldn’t be dooming my children to failure.

A lot of people tell me, “Becky, I could never unschool.” I get it. Unschooling raises a lot of eyebrows. It’s counter-cultural and counter-intuitive.

It challenges deeply ingrained beliefs. It makes people uncomfortable because they don’t know what to make of it.

I wasn’t new to homeschooling when I started learning how to unschool, and it still made me uncomfortable. I started homeschooling in September of 2003, shortly before my oldest child, Jarrod, turned five.

Perhaps because of that, one of the things that makes me the happiest in life is to help support and encourage new and struggling homeschoolers, and to help those who are interested in unschooling delve into it.

I don’t want people who feel the siren call of unschooling and want to know more about how to start unschooling not to heed that call because they’re too afraid of raising undisciplined, uneducated children who are doomed to fail in life to do so.

The most valuable things I know of for a wannabe or fledgling unschooler are success stories from veteran unschoolers.

Jarrod and I were sitting side-by-side on his bed. He was reflecting on his time at his first duty station in Guam and sharing his vision for his future, when it hit me like a divine burst of inspiration.

It was surreal. As I was sitting there, it occurred to me that I was listening to a man talking confidently about his aspirations and running through the pros and cons of the path he had diligently plotted out for his education and his career over the coming years.

I shot a sideways glance at my oldest child and was struck by the thought, my baby is a man. 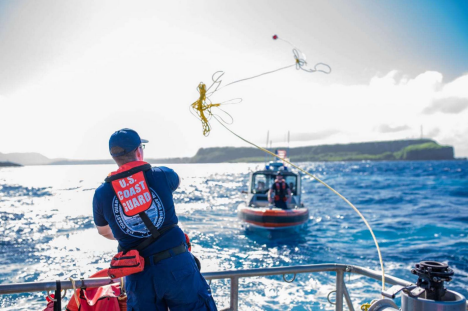 A lifetime of memories of homeschooling him flooded through my mind.

I flashed back to a warm spring day in 2003. Jarrod was four years old. He had a cowboy hat on his head, a sheriff’s badge pinned to his chest, a cap gun slung in a belt around his waist, and a yearning in his soul to serve.

You know how some people are just made for something? That sweet-faced little boy of mine was made to protect and serve, and he knew it. Even at four years old.

Jarrod was nine when I fully embraced unschooling. I’d been sliding that direction for over four years, before I even knew how to unschool or that it was an actual thing, but I’d been still too afraid of, well, dooming my children to lives without discipline, education, and success to go all in.

Fear can be an enormous obstacle, and sometimes the only way to overcome the fear is a swift, sound shove. And that is exactly what I got.

How To Start Unschooling

I couldn’t continue any sort of traditional homeschooling when I had two children who didn’t like what “school” we were still doing, a clingy baby, and the siren call of unschooling haunting my dreams.

I said a Hail Mary, and I was an unschooler.

We did almost nothing that looked like school until Jarrod was 12. A merit badge he wanted to earn for Boy Scouts required him to write an essay, and he didn’t know how to do it.

He located the resources (me) to learn the material. He learned from me for several years until he was satisfied with his skill, and then he stopped. I let him.

When Jarrod was 13, he discovered a passion for politics and networking. He met an elderly lady, who took a shine to him, at a town hall event I took him to.

This lady is very well connected in Arizona politics. Through her, over the next few years, Jarrod hobnobbed, mingled, and worked with big names in politics.

At 16, he interned at our Congressman’s local district office for a year. Immediately following that, he worked on a federal senatorial campaign throughout the summer.

Shortly before he turned 18, Jarrod got a job working out of town with a grassroots political organization three days and two nights a week for several months.

Unschooling gave Jarrod the freedom and the flexibility to have extraordinary experiences as a teenager that he wouldn’t have had the time for if he had been beholden to traditional education.

Unschooling also empowered Jarrod to make meaningful decisions about his future. That sweet-faced little boy of mine, who always seemed to have a cap gun on his hip and two different patterns of camo on his body, didn’t waver from his resolve to get an appointment to Annapolis Naval Academy – until he was 15, and we made a trip to the East Coast.

We visited all of the academies. I’m so glad we learned how to unschool!

At 19, Jarrod had a tough choice to make. He had begun the process to enlist in the Coast Guard a year before but had hit some obstacles, and the political benefactress he’d met at 13 told him that if he could get into Hillsdale College, someone she knew would give him a full-ride scholarship.

Would he buckle down and cover the academics he hadn’t done during his high school years so he could earn admission to Hillsdale College, or continue the process to enlist in the Coast Guard?

One of the primary reasons I chose to unschool and started learning how to unschool was to help equip my children to live their lives authentically and avoid being ensnared by the expectations of other people.

Jarrod could have been reasonably happy at Hillsdale. We both know it. It was the opportunity of a lifetime, a path from standardized K-12 education to higher ed that most probably couldn’t fathom declining.

But I knew it wasn’t what he had wanted for himself since he was four years old, wearing a cowboy hat, a sheriff’s badge, and a cap gun. Hillsdale wasn’t going to move him toward federal law enforcement the way the Coast Guard would.

Unschooling taught me the patience to wait and watch him try to sort it out and give my opinion once he asked for it. Unschooling gave me this beautiful gift of being able to give my son the “permission” he seemed to need to release himself from the burden of other people’s expectations and the fear of disappointing them so that he could honor what he has so clearly been made to do.

I don’t know if I would’ve been able to do that if I hadn’t already rejected the status quo so many years ago.

My son isn’t four years old anymore, and the gun on his hip isn’t a cap gun anymore, either. This young man who avoided textbook math like the plague most of his teen years and hasn’t done much that looks like school at all his entire childhood graduated with top academic honors from boot camp in early 2020 and is now readying himself to pursue a Bachelor’s in cybersecurity.

My Unschooling Story: From a Cowboy Hat, Sheriff’s Badge and a Cap Gun

If you hear the same siren call of unschooling that I did, don’t let fear get in your way. Unschooling doesn’t create undisciplined, uneducated children who are doomed to fail in life. It has led my children to incredible, unique, rich lives, and it can do the same for yours.

Thank you to Becky Ogden with Your Confident Successful Homeschool for writing this guest post.

Becky started homeschooling in 2003 when she got sick and tired of being a slave to the calendar of the play-based preschool her oldest child was attending two mornings a week. She started unschooling in 2008 after she got sick and tired of fighting with her children about their schoolwork, and she’s never looked back. Becky shares her wisdom, experience, and real-life antics inside a free membership on her website and in her Facebook group.

This is a contributed post for the 2021 How We Homeschool Series.

Learn more about the How We Homeschool Series, contributors, sponsors, and giveaways by heading here.

A Special Thanks to our sponsors:

Check out the 2021 How We Homeschool Giveaways!

Want a freebie? These limited-time offers are only available during the How We Homeschool Series!

Want to read more posts in the How We Homeschool Series?