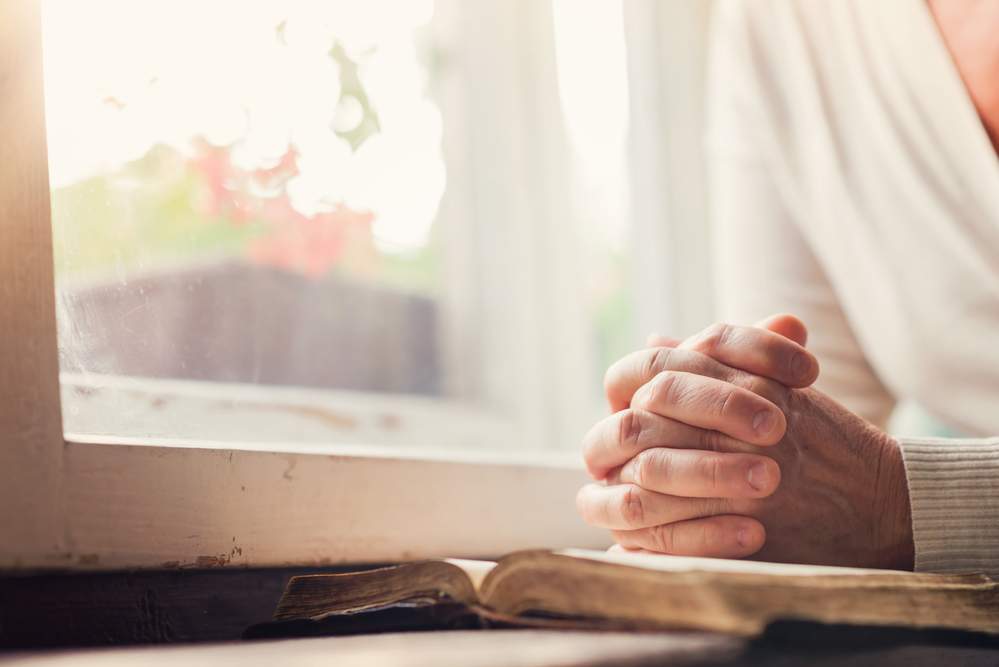 This post was written after our blog post about canceling our Disney vacation went viral. My views have not changed, but I have updated this post to reflect the considerable amount of questions that we have received since that viral post a few years ago. It’s here where I’m going to answer your many questions I received and share with your my answers along with one of the most popular question: What does the Bible say about homosexuality?

A friend of mine said, “Sometimes, you’ve just got to realize that some ‘Christians’ don’t do a very good job at representing Christ.” And while I’d love say that this doesn’t apply to me, I can admit that I am robed in this fleshly body and I fail too.

This interweb and the life that I lead behind these screens and keys is sometimes misunderstood because I cannot control the tone that my “voice” is portrayed in. But I hope you read this with an open mind and an open heart- truly seeking to be more like Christ, just as I am.

But if we’re being honest, we can all admit that our thoughts about each other and the hot topics that we’re discussing doesn’t really matter. What matters is what His word says about it all.

In light of being honest, let’s apply scripture to a few questions you asked or statements you made about how I feel about homosexuality and the concerns surrounding canceling my Disney vacation.

So we’re going to address those questions and emails I received and then discuss what the Bible says about homosexuality.

Christ, the Bible, and homosexuality: Questions about this and their answers

Question #1: Does God love everyone?

God loves His creation, but He doesn’t love what His creation has become. So this is only partly true. God has a love that is unending, it is boundless. However, he hates sin (Proverbs 6:16).

If God is all-loving, then how can he hate sin? The Bible specifically tells us that there are consequences of sin (Romans 6). Isaiah 59 says that sin separates us from God.

A great example in the Old Testament is the children of Israel. They turned away from God by worshiping other gods, committing sin, not obeying Him. Because of this, God gave them over unto their enemies, there were plagues, heartache, destruction, death. When they turned back to Christ, there were still repercussions for sin.

God led the children of Israel out of slavery and promised them a land flowing of milk and honey, but because of their disobedience, only two people of the original tribes were able to see the Promised Land. Yet, the Lord kept His promise of leading them to a great land through their children.

A great New Testament example is the rich man who asked God what he had to do to enter Heaven. Jesus told him to sell everything that he had, and the rich man walked away sorrowful. His love of money and disobedience towards God caused him to miss out on eternity in Heaven. There are still repercussions for sin. God’s love for us gives us the chance for eternal life, but it is clear that this promise is not extended to the sinner.

Question #2: Is homosexuality a sin?

Yes, it is a sin. What does the Bible say about homosexuality? Let’s see…From the Old Testament to the New Testament, every mention of homosexuality is aforementioned to or followed by, a mention of sinful nature. Old Testament: Leviticus 18:22, Leviticus 20:14, Genesis 19, Ezekial 16, Judges 2. New Testament: Romans 1:26-27, Jude 1:5-8, 1 Timothy 1:8-11, 1 Corinthians 7:2, 1 Corinthians 6:9-11.Both Old and New Testaments call same-sex, homosexuality, familiar spirits, effeminate actions, as evil, abominable, and sinful.But God is still able to forgive ALL sin, and we are able to be both forgiven and delivered.

Absolutely, positively, true. But what the Bible says about homosexuality and God forgiving us with it is two-fold. BUT we must first turn from our wicked ways. We are flesh, we still make mistakes. But this is not a free pass to use His unending mercy. We don’t automatically receive grace. We aren’t worthy of it, but we must strive to be more like Christ. And to be like Christ, we must strive to be blameless.

This is a great example of how God desires for us to have a heart for Him above all else. If we are not willing to let go of our worldly possessions, then we are not truly ready to meet Him in Heaven. We must be willing to give up everything for Jesus if we want to receive His blessings in return.

Question #4 (more like a belief and a question): God makes everyone the way that they are. People don’t choose to be gay, they are born that way. If being gay is a sin, why does God make them that way?

We are wonderfully made (Psalm 139:15), but we are still born with a sinful nature. Genesis 1 plainly says that He created us as male and female, there is no mistake to the way God made us. It also says that He commanded them to ‘be fruitful and multiply‘ (verse 22), no 2 men or 2 women can multiply. This is against both the nature and law of God as it is written, “God cannot change” (Numbers 23).

Question #5: Are there are gay-Christians?

This is a false teaching of the modern church. There is no scripture to back this up. Let’s think about this for a second. If God declares being gay, or homosexual, as a sin and there are no such thing as sinful Christians, then how are there “gay Christians?”

What does the Bible say about homosexuality when it comes to Christians? Well, He doesn’t turn a blind eye! Jude 1 actually condemns this foolish way of teaching as “sensual, having not the Spirit“. Because the spirit is what helps us flee from temptation.

Question #6: Did Jesus didn’t say anything about homosexuality?

Oh yes, yes He did. Go read what the Bible says about homosexuality in Matthew 19. He explicitly condemns anything outside of the man-woman relationship that God put into place.

Question #7: What if your kids turn out gay, would you write them off?

The Bible says that we aren’t to entertain sin or those who play with it. He says to abstain from even the appearance of evil. A sin is a sin, no matter what sin it is. I don’t allow foul language in my home, or drinking, or fornication, or lying; neither will I allow homosexual activity. Will I reject the person, no. But I will not be entertained by a spirit that is not of God (Romans 6:17). In this day, it seems like a hard truth, but it is the Word of God.

Question #8: Who are you to judge? Judging is a sin.

Righteous judgment is not a sin. In jest, Christians have both a responsibility and the authority to call sin as it is. We are to abstain from it and warn a brother when we see Him falling into temptation. I explain that more in details within this post, Should Christians Judge?

Question #9: He that is without sin, Cast the first stone. Aren’t you casting a stone?

I am not condemning anyone to hell. That’s the job of God. I am simply reiterating what the Bible says. “But for the grace of God, there go I” has never been truer. I am no higher than a sinner. I just strive to be more like Christ.

Yet, I am no longer a sinner. The Bible says that we must become born again. That we must die daily unto Christ. This means that I must put those sinful ways behind me and live a life that’s pleasing unto Him.

Question #10: I guess you don’t wear mixed clothing or eat shellfish either?

You can read a more detailed response to this question on my response to the hate mail and my response to Huffington Post. But, in jest, this law was fulfilled by Christ, and we no longer live by it. This is also a quote from witnessfortheworld.org while talking of 1 Timothy 1:10,

“Christ neutralized the ceremonial aspects but upheld the judicial and moral aspects, tendered with grace and mercy. Hence, homosexuality remains a sin “worthy of death” but yet qualified for forgiveness through repentance. The phrase Paul uses “defiling themselves with mankind” is another link of homosexual behavior to disobedience and incompatible to sound or acceptable Christian doctrine.”

What does the Bible Say about Homosexuality? Your Questions Answered

My stance on homosexuality, and what the Bible says about it, is still true.

You don’t stand for anything until you actually have to stand for it. I must stand for the truths of God. There is a lost and dying world that still faces hell, we are the light to them. We must eat, breathe, and live Christ.